J. Maizlish Mole is an artist, songwriter and musician. 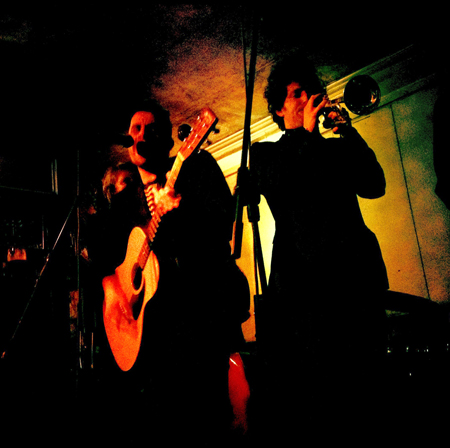 Between March and December 2012, a succession of brilliant guest artists were invited to design nine of the Jupiter posters (as noted below); the rest were designed by Mole. Artists included Joseph Hales, Milo Brennan, Joseph Johnston, Alex Cox, Jane Howard (twice) and Jupiter co-host Kitty Finer. Their work appears below, with many thanks.

The Jupiter Club was a monthly live music night which took place at the George Tavern in East London. The event was co-hosted by three singer-songwriters – yoB, Kitty Finer and J. Maizlish Mole – who performed with The Jupiter Band, a regular house band of between 4 and 9 musicians. 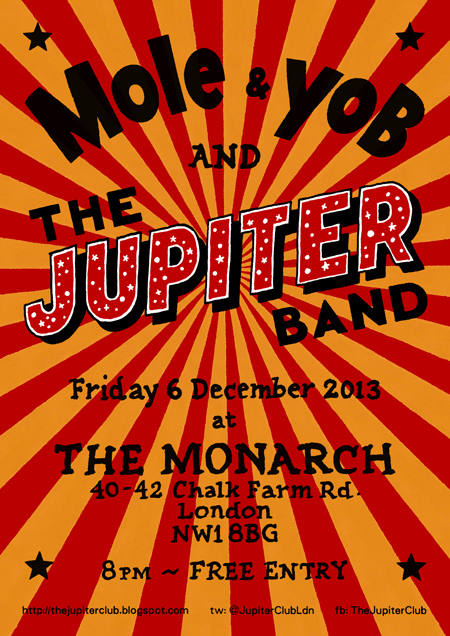 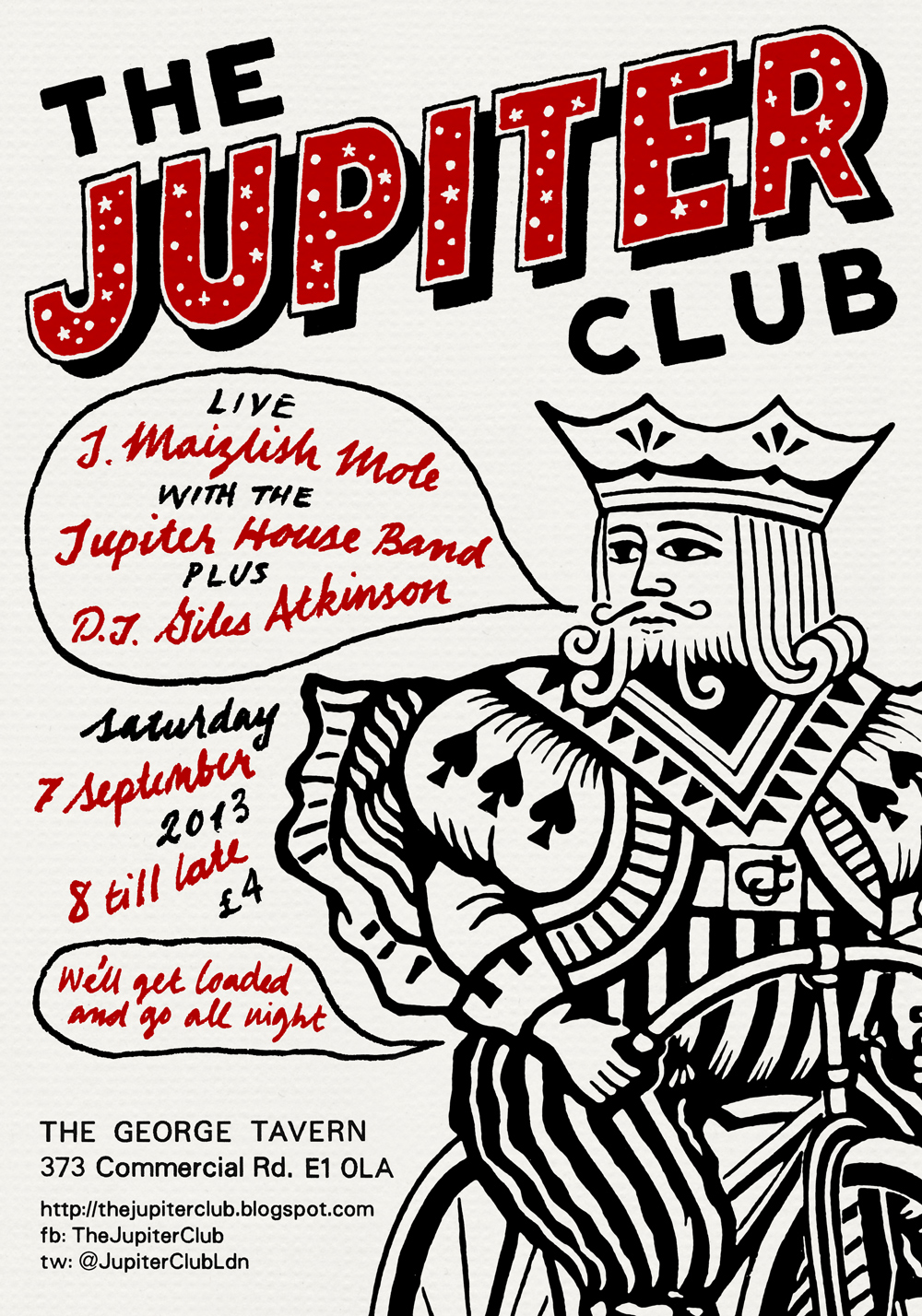 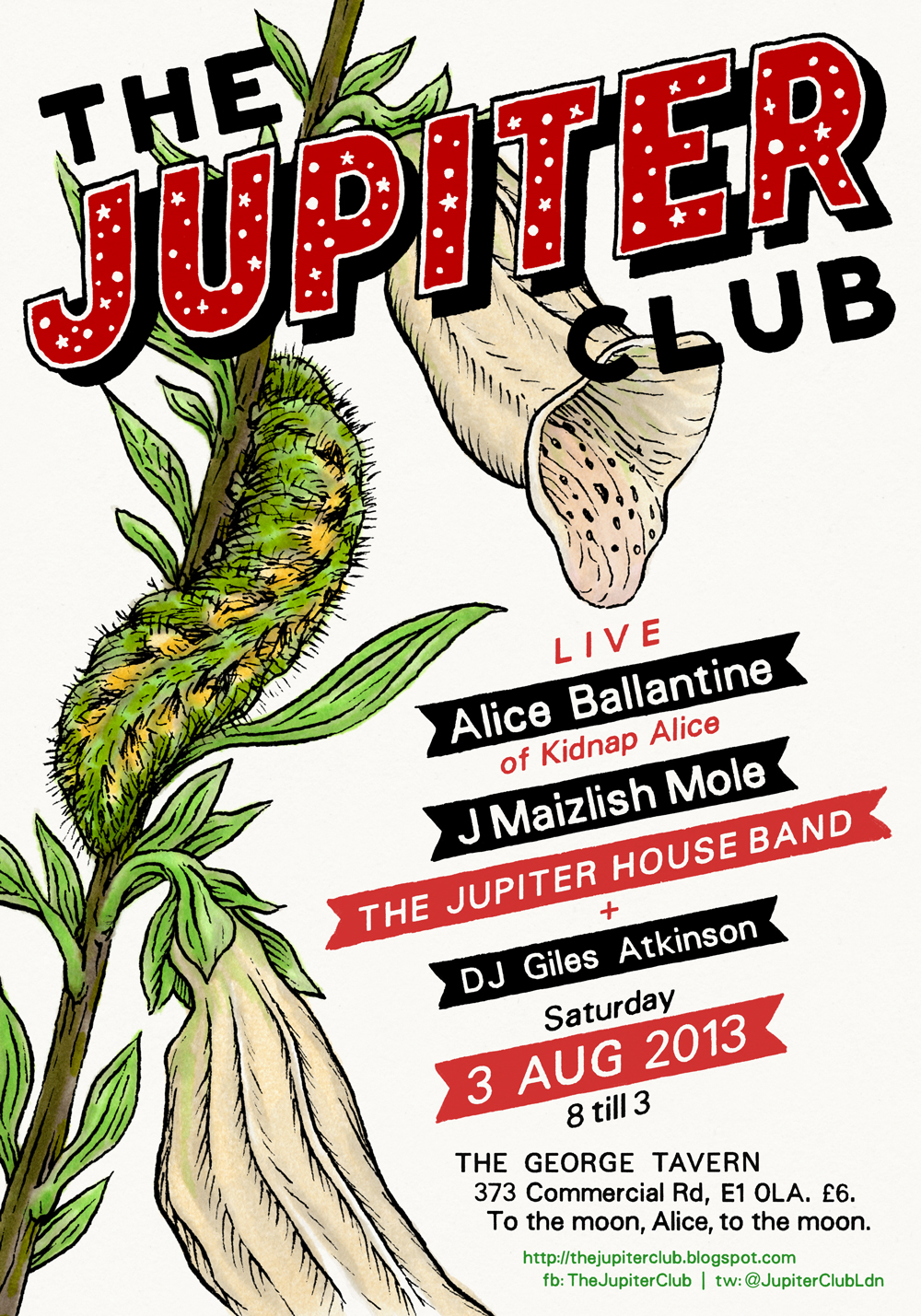 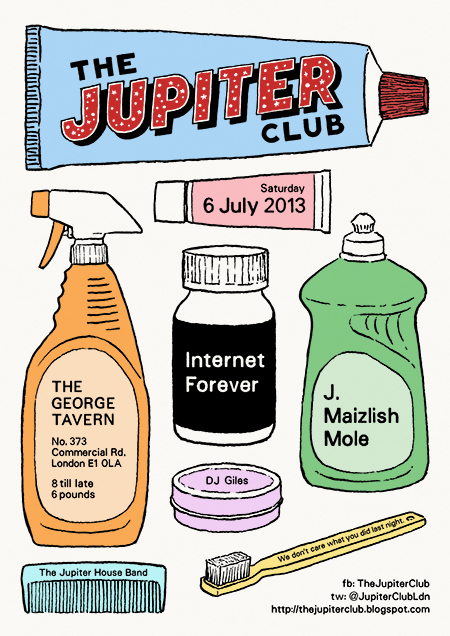 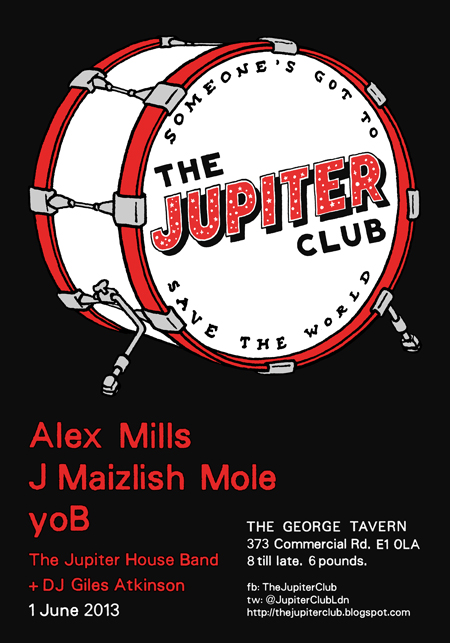 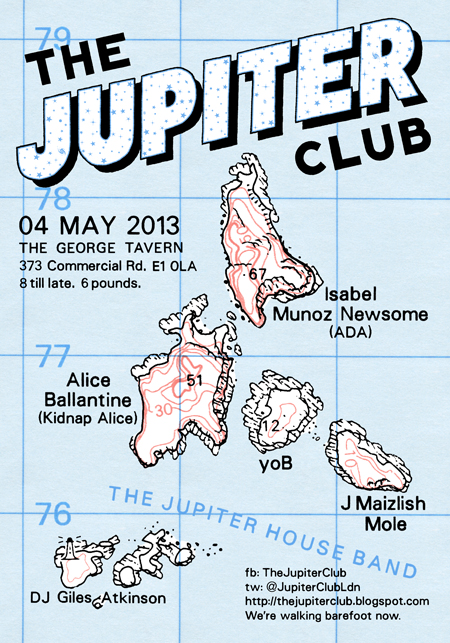 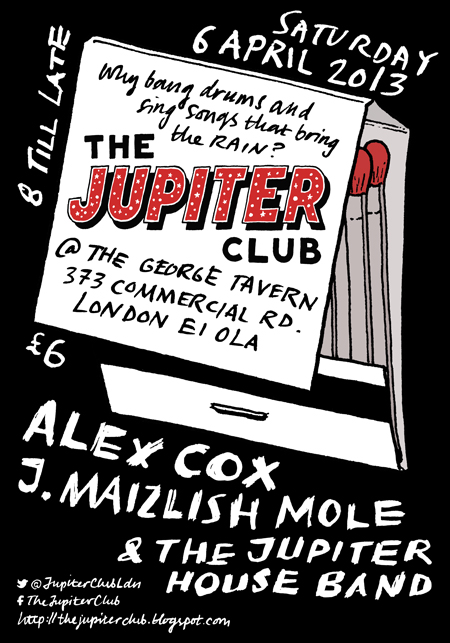 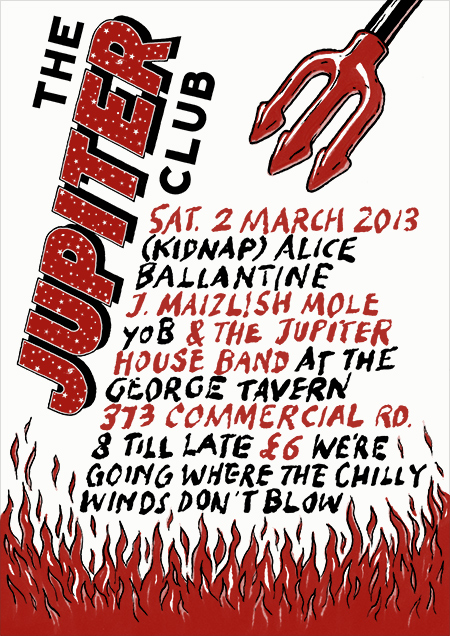 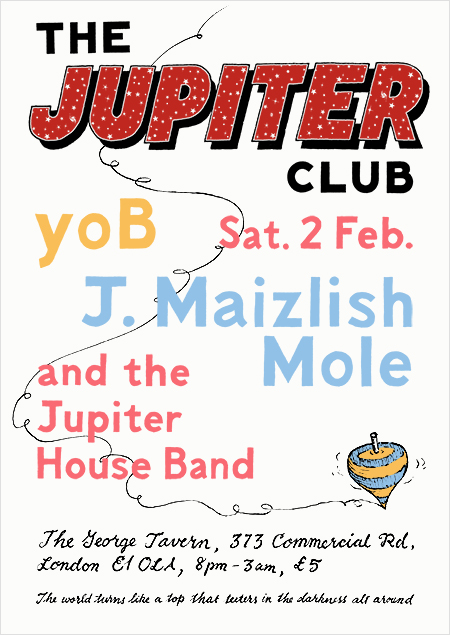 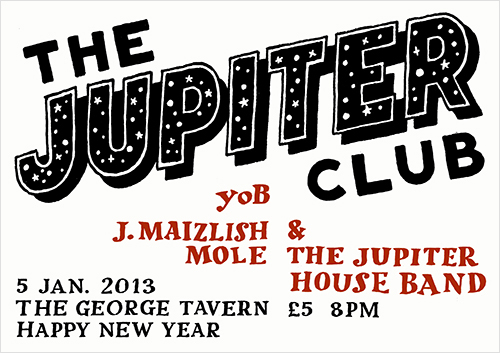 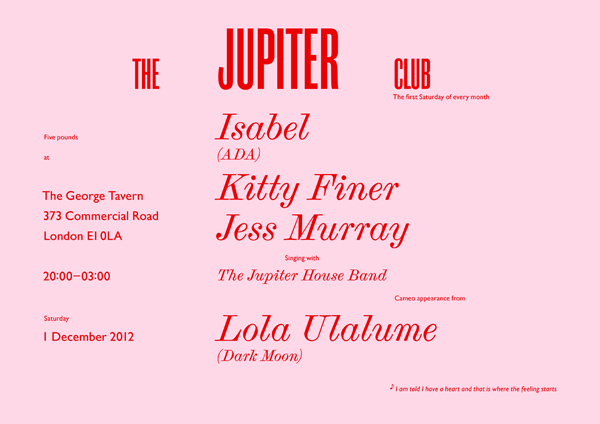 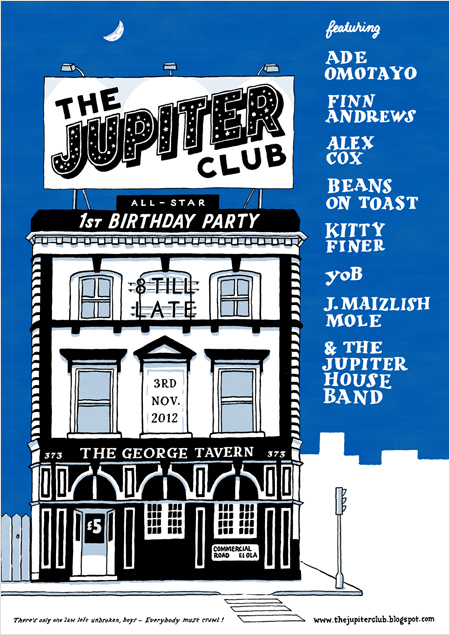 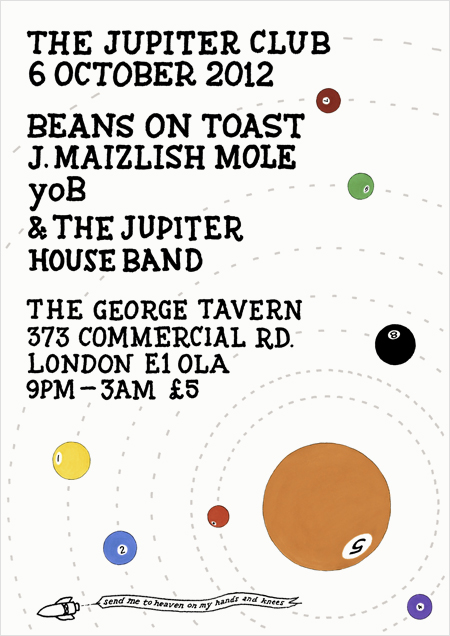 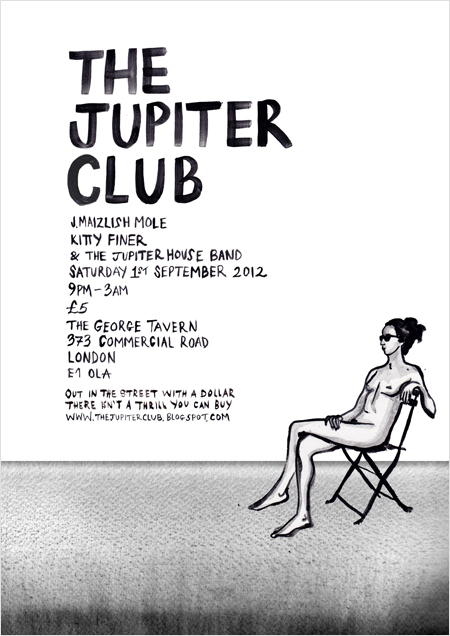 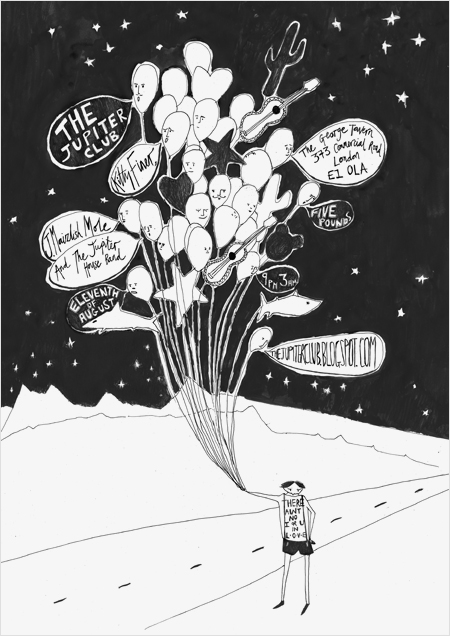 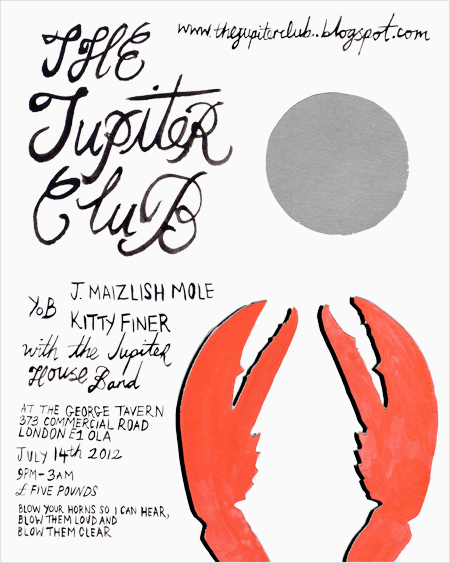 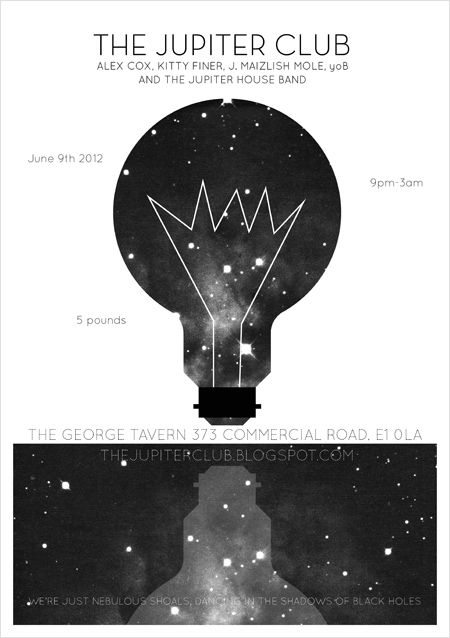 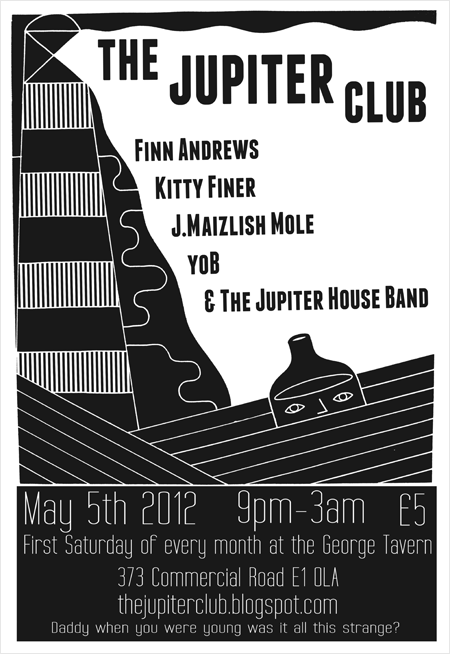 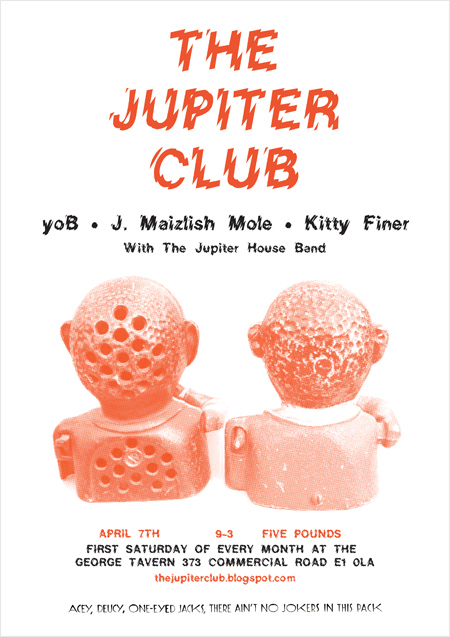 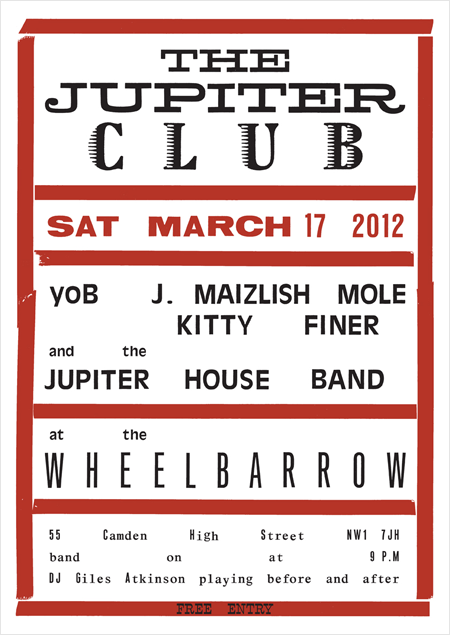 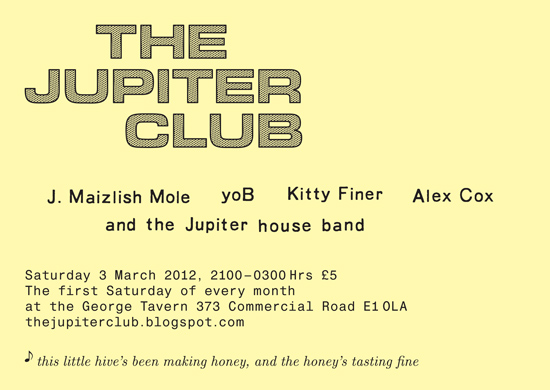 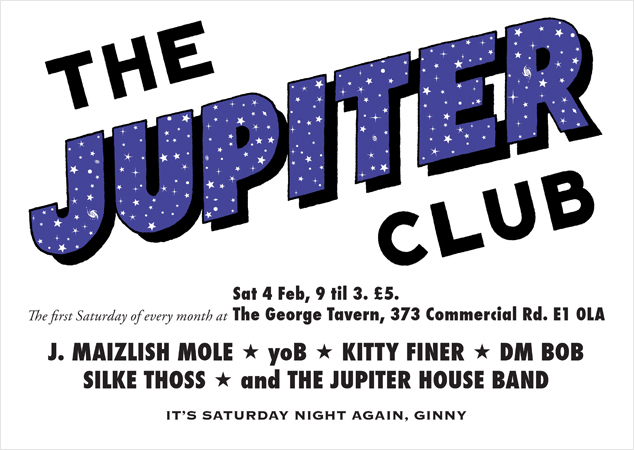 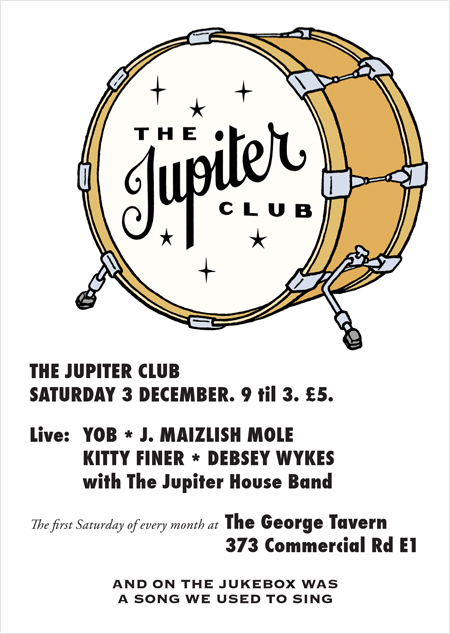 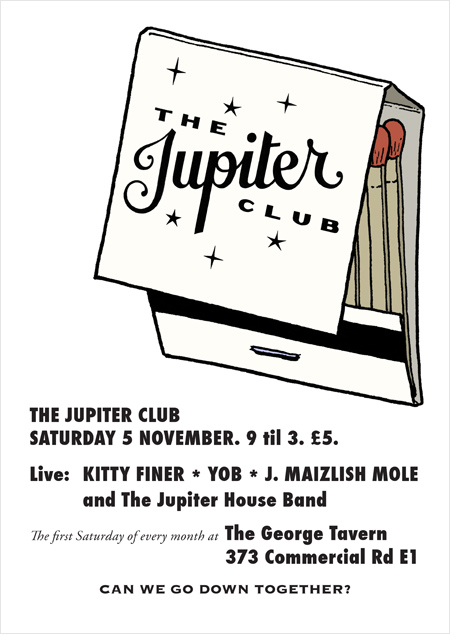